A glance at the list of dance dramas they have produced reveals the wide variety of themes and sources ranging from the mythological (Sivaleela and Kambaramayanam), the literary (Meghasandesa and Kalingathu-pparani), the biographical (Annamacharya and Yashodhara), the scholarly (Natya Veda) to the contemporary (Voice of Ganga and Bharathi kanda Bharatham). Applying creativity and imagination they have shown that even non-traditional subject matter is suitable for entertaining, meaningful exposition through the medium of classical dance.

Apart from these full length productions, The Narasimhacharis have, to their credit, several varnams, thillanas and other dance compositions. The Sooladi Saptatala Pada Varnam- a dance dedicated to the life and work of Smt. Rukmini Devi Arundale is the first of its kind in the Bharatanatyam repertoire. Another unique varnam is on Lord Subrahmanya set to raga Shanmukhapriya and Khanda nadai Adi tala. Smt Vasanthalakshmi is also a gifted lyricist and has penned the words to a number of pieces that were set to music by Guru Narasimhachari. These include, Shabdhams on the life of Lord Aiyappa, the Buddha, Navarasa Varnam depicting the entire Ramayana in Nine Rasas (Emotions) and Keeravani Varnam on Lord Krishna. Among their numerous thillanas, their Hindolam Thillana (Inspired by the Shahnai Maestro Bismillah Khan’s Malkaus) is one that comes to mind.

The Narasimhacharis are also known for their exclusive dances in Kuchipudi – Ravana Mandodhari, Prahlada Charitham, Tarangam (the famous plate dance) and Simhanandini – a unique number belonging to the ritual dances of the temple in Andhra Pradesh. In this, the dancer draws the figure of a lion with her feet. Simhanandana tala which takes 128 beats for one cycle is the longest tala in the Indian tala system. They have researched and worked on some special Kuchipudi numbers such as Naa Hrudaya Peetipai, Jathikattu, Sivaleelalu but are also known to have added some exclusive pieces to the repertoire such as Subhadra-Arjuneeyam, Mohini Bhasmasura (music by Dr.M.Balamuralikrishna), Paravasapradam (based on the 11 aspects of Natya Sastra) and the Ashtavidha Nayika Padam. 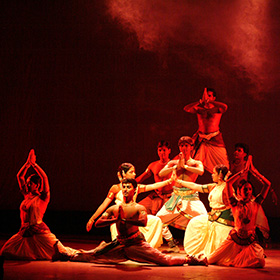 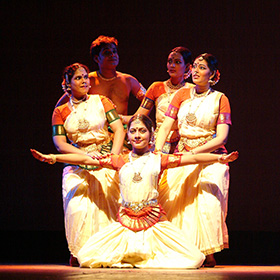 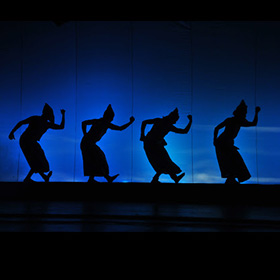 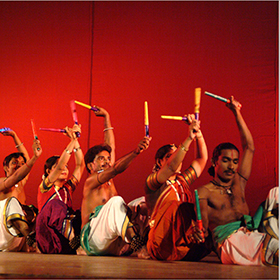 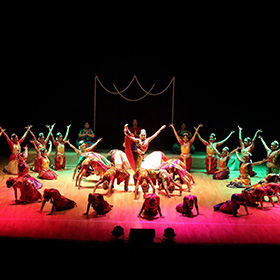 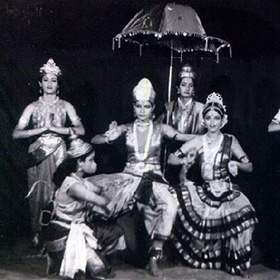 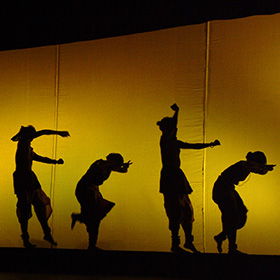 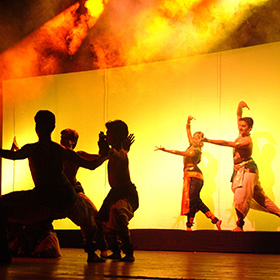 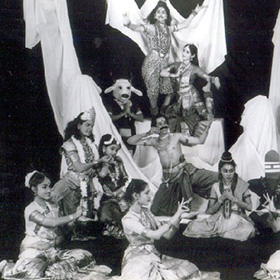 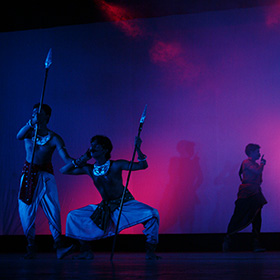